Emyr has dabbled in various creative fields over the years, specialising in satire. He has been part of several satirical shows over the years both as performer (an excellent impersonator) and writer, in both Welsh and English. Examples of his work include: Y Cleciwr, Pelydr X, Drwg Yn Y Caws, Llwyth o Docs, The Ll Files, The Politics Show, Call Of Fame and Cnex. He has acted in many famous television dramas and comedies including: Pobol Y Cwm, C`mon Midffild, Teulu’r Mans, Porc Peis Bach.

He has acted on stage in various productions such as Dinas Barhaus, Gai Fod and Allan o Diwn (his one man autobiographical show for Theatr Bara Caws and Sgint and Chwalfa for Theatr Genedlaethol Cymru (Wales’ National Theatre.) He has also performed stand up routines at various venues across Wales.

Emyr has been a co-producer on some of the above programs and now with Cwmni THR we pride ourselves on projects such as the successful comedy Dadra for S4C, Edwin Humphreys's 100 Albums, and A Oes Heddwas for BBC Radio Cymru, The Lost Princes of Wales for BBC Radio Wales, and News From Nowhere and Bloody Eisteddfod for BBC Radio 4.

Myfanwy created her popular radio series' The Ll Files' in 1999 as Radio Wales' satirical response to the establishment of the National Assembly for Wales. The show was broadcast for 13 series and as a result Myfanwy won the Sony award for comedy. She has contributed to several radio programmes on BBC Radio Cymru, Radio Wales and Radio 4, including Call of Fame, Postmortem, Tea Junction, Broadcasting House and Bwletin. She was responsible for writing the drama 'Haint' for Radio Cymru which reflected the foot and mouth disease crisis of 2001.

Myfanwy was responsible for writing 'Teach Yourself to be Welsh,' and 'I Know Cardiff like the Back of My Cab' (BBC WalesTV) and it was she who created the television sketch comedy series' Large.’ She contributed several sketches to' Planet Max.' Developed and co-wrote a short film '‘Tân a Thân’ for S4C.

Since 2015, Myfanwy has published four novels that follow the adventures of Inspector Daf Dafis of Dyfed Powys Police. The novels have sold well with two being translated and published in English. In August 2020, a radio adaptation of the first novel was broadcast on Radio 4, Radio Cymru and Radio Wales. This is the first co-production between these stations.

Myfanwy has been co-producer on some of the above programmes and now with THR Company we pride ourselves on projects such as the successful comedy ‘Dadra’ for S4C, Edwin Humphreys's 100 Albums and A Oes Heddwas for BBC Radio Cymru, The Lost Princes of Wales for BBC Radio Wales, and News From Nowhere and Bloody Eisteddfod for BBC Radio 4. 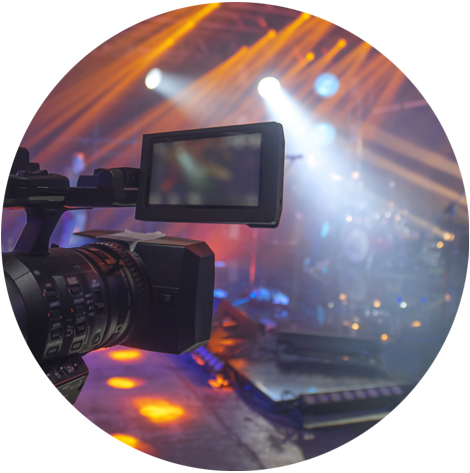